Don’t You Hate It When That Happens?

Something traumatic happened to me over the weekend.  Well, a few things: I watched one of the many shows about the logging industry currently on television; I flirted with an Irishman many years my senior; and I nearly joined a cult.

I know, I know.  That’s what I said!  I can’t believe Davey McGloughlin almost died from a diabetes-induced coma while operating the skidder in the back woods AND lost his house to a fire all in the same week.  That Discovery channel puts out good shit. 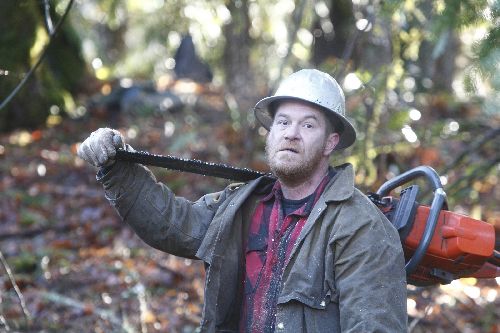 This is not from the Discovery channel's logging show, but it does illustrate the point--you see one show about logs you've seen 'em all.

On to the cult.  It all started a couple weeks ago when I saw a poster on the sidewalk promoting a free meditation workshop. It ended up being this two day event. The first day was six hours. The second day was four. And, silly, gullible me, I would have continued on to the advanced meditation meetings had a Google search not introduced me to the controversy surrounding the group and their late guru. And it’s not small controversy like…hiring only people who neglected to do their taxes, or accidentally flashing your vagina in public. It’s controversy like…claiming to be celibate and speak directly with God one minute and turning around and forcing female followers to fuck you the next. And it’s like…harassing Carlos Santana when he abandons you. And…pretending to be able to lift 7,000 pounds.

Oh well. Guess enlightenment will have to wait. I’m just thankful that I didn’t end up being that girl. You know, the type of girl who legally changes her name, starts dressing in white garbs, and loses every shred of her awesome personality after gradually being brainwashed.